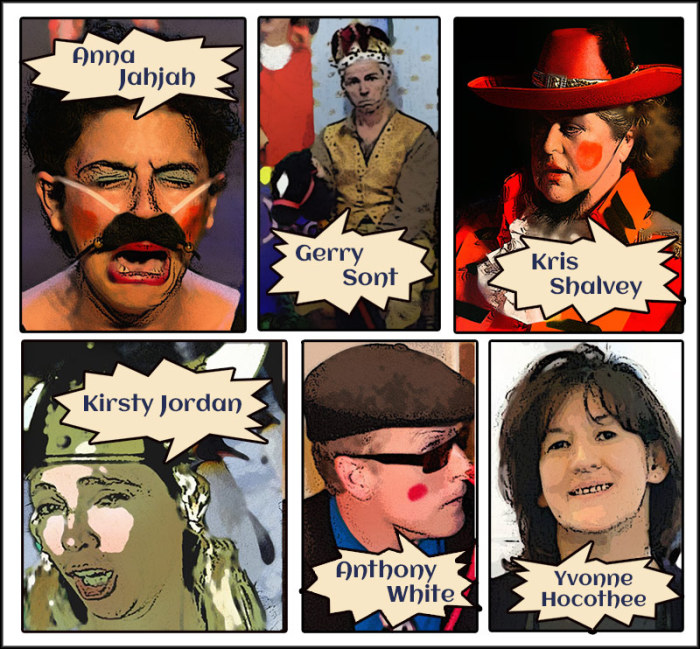 Cap-Ten and Say-Lore are two hopeless seamen on a mission: To meet their idol, Marilyn Monroe. In their absurd anachronistic quest, they sail from one island to the next, fraternising with the locals: a very hairy Jules-Yet Caput-let, a Mummy’s boy King Don, followed by his über-faithful servant Coyote, and a ker-aaaazy Viking, Frau Brünhilde, who performs Opera for cardboard penguins.

This is theatre where Cervantes and Wagner meet George Orwell and Radiohead in a cheeky homage to Billy Wilder’s Some Like It Hot. A magical maniacal farce that explores the notions of gender, voluntary servitude, fear of others and the loneliness that lies beneath…